Irwin Cotler as a False Humanitarian: Cotler works to persecute critics of Israeli apartheid & lied about being Mandela’s lawyer 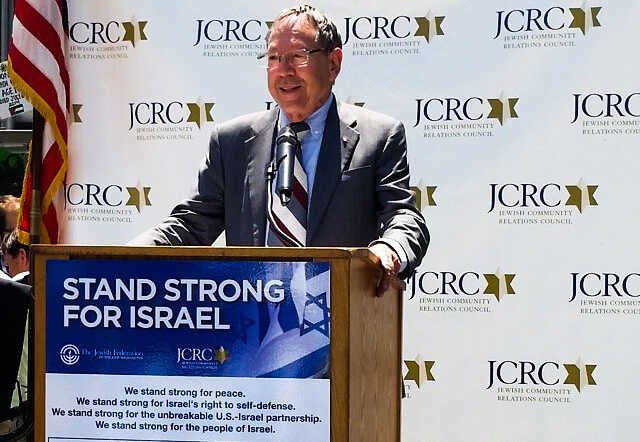 * This was originally published in The Canada Files

A number of years ago, Justin Trudeau, in a glowing testimonial to Irwin Cotler, referred to the latter as his mentor. I mention this at the outset so as to underscore Trudeau’s choice of Cotler to advise the government on the question of anti-Semitism, and act as its representative to the International Holocaust Remembrance Alliance (IHRA) inquisition. The question which begs asking, of course, is just how far Cotler is prepared to go to stretch the definition of anti-Semitism to suit his own Zionist agenda, an agenda which includes silencing any and all pro-Palestinian discourse.

In the introduction to the book, Antisemitism Real and Imagined: Responses to the Canadian Parliamentary Coalition to Combat Antisemitism, editor Michael Keefer has this to say about the attempt to stifle legitimate criticism of Israel:

“This group’s  (CPCCA) self-defined terms of reference make clear its intention to brand criticism of the State of Israel within Canadian universities and the media as antisemitic, and hence as incitement of hatred. The aim is apparently to help create a climate of opinion – in Parliament, the judiciary and the police, as well as among the public at large – within which criticisms of the State of Israel’s violations of the Geneva Conventions and international humanitarian law, and its ongoing illegal appropriations of Palestinian land, water, and natural gas resources, can be re-defined as antisemitism, stigmatized as incitements of hatred, and perhaps even prosecuted under section 319 of the Canadian Criminal Code and section 13(1) of  the Canadian Human Rights Act , or else summarily silenced by judicial warrants of seizure under section 320 of the Criminal Code.” (1)

Cotler, a former federal Liberal Minister of Justice, has advocated for the IHRA definition of antisemitism for some years. It is a definition which conflates anti-Semitism with any criticism of Israel’s discriminatory laws targeting the Palestinians. On one of his many junkets to Israel, Cotler invented the concept of the ‘New Antisemitism’ along with Knesset right-wing advocates of the same ilk. He was also assisted by his good friend, Jason Kenney, then a minister in the Harper government.

Curious then that Justin Trudeau, the self-professed defender of human rights and the “international rules-based order,” should choose the master of cancel-culture to head Canada’s delegation to the IHRA to “advance the implementation of this definition across the country and its adoption internationally.” In short, to silence, by way of a form of blackmail, any criticism of Israel’s apartheid regime. Or perhaps, it is not so curious given Trudeau’s right-wing pro-imperialist agenda. Let us view Mr. Cotler’s self-professed, yet highly questionable humanitarian qualities. In fact, they are fraudulent, as denoted as follows:

Irwin Cotler claims to have been Nelson Mandela’s lawyer

In the letter, dated September 19, 2005, Prytulak dismantles Cotler’s claim to have acted as lawyer for Mandela. Given its significance, I include much of it here:

“In this context, then, of no lack of bright and experienced and dedicated South-African lawyers, of what use could a Canadian lawyer be, comparatively unacquainted as he must be with South African languages and cultures and history and law?  Of restricted use, one might hypothesize, and not a use that would justify that Canadian lawyer calling himself « Nelson Mandela’s lawyer. »

By way of evaluating this hypothesis, I examined the 47 photographs in Long Walk to Freedom for some acknowledgment of your role, but found your image neither in the foreground nor background of any of them, and found your name in none of the captions either.  And then examining the index of that same autobiography, I failed to find the entry « Cotler, » as can be confirmed in the snippet from the index presented on the left below.  If you had indeed acted as « Nelson Mandela’s lawyer, » then, you might have cause to fault him for either ingratitude or forgetfulness.

However, Nelson Mandela appears to be neither ungrateful nor forgetful with respect to other lawyers who assisted him, as was evidenced in his mention of George Bizos just above, and as can be read throughout Mandela’s book, as for example when he says « Our supporters and organization had assembled a formidable defense team, including Bram Fischer, Norman Rosenberg, Israel Maisels, Maurice Franks, and Vernon Berrangé » [p. 204]; or when he says « Once more we were privileged to have a brilliant and aggressive defense team, ably led by advocate Israel Maisels, and assisted by Bram Fischer, Rex Welsh, Vernon Berrangé, Sydney Kentridge, Tony O’Dowd, and G. Nicholas » [p. 224.]; or when he says « Before leaving, Oliver had retained a mutual friend of ours, Hymie Davidoff, a local attorney, to close up our office and wind up our practice » [p. 245].

Similarly failing to uphold your image as « Nelson Mandela’s lawyer » is your not being mentioned within Nelson Mandela biographies appearing in the Wikipedia online encyclopedia at en.wikipedia.org/~ or in Encycopedia.com at www.encyclopedia.com/~ or in MSN Encarta at encarta.msn.com/~.  And neither does « Cotler » appear anywhere on the African National Congress web site — which holds the Internet’s largest collection of Mandela-related material — as can be confirmed by doing a Google search for the string « Cotler site:www.anc.org.za » (without the quotation marks).

Such accumulation of evidence calls to mind the further hypothesis that acknowledgment of your contribution to the Mandela defense did not merely happen to get excluded from Nelson Mandela’s autobiography, but is excluded broadly, such that nobody who has taken the trouble to perform an elementary verification, or who is acquainted with Mandela’s life, credits you with a role worth mentioning.”

« Irwin Cotler was not Nelson Mandela’s lawyer and does not represent the Government or the people of South Africa in any manner, »

the Ambassador of the Republic of South Africa to Venezuela Pandit Thaninga Shope-Linney said Thursday.

While this statement makes Cotler’s role in the struggle against South African apartheid unclear, his role in defending another country (Israel) that is accused of creating an apartheid system, is clear enough.

Irwin Cotler’s claim to have been Nelson Mandela’s lawyer appears to be a fabrication. That is not the only thing that is false about Mr. Cotler.

Nathan Sharansky, persecuted by Soviet authorities, was indeed defended by Irwin Cotler and succeeded in emigrating to Israel. Once there, however, Sharansky the victim became Sharansky the victimizer. In fact, Sharansky’s new persona now mirrors his former ‘human rights’ lawyer Irwin Cotler’s own profile. A Guardian article from 2009 states that Sharansky became Israel’s Minister of Diaspora Affairs and “demonised left-wing Israelis as « collaborators » with the « new antisemitism » when they criticised Israeli policies.” The article states that Sharansky’s Zionism is uncompromising. “He is dismissive of Palestinian claims to the country and would rather continue fighting with the Arabs than share sovereignty with the Palestinians over Jerusalem.” Sharansky’s fanaticism is the mirror-image of Irwin Cotler’s.

Irwin Cotler has been an enemy of the Palestinians for decades. That fact is indisputable. By extension, any nation or group seen as a problem for Israel is a target. As an individual whose loyalty to the State of Israel is boundless, Cotler has used the resources of the government of Canada to act against nations or groups he deems problematic for Israel. As a result, he has worked tirelessly and ruthlessly to undermine both the Russian, Iranian and Venezuelan governments.

Cotler brought the Magnitsky Act to Canada deliberately to target these three countries. As outlined by writer and journalist Yves Engler:

“Cotler led the campaign for Canada to adopt sanctions legislation modeled after the 2012 US Magnitsky Act. Designed to demonize Russia, Ottawa immediately sanctioned Russian and Venezuelan officials under legislation that allows the government to freeze individuals’ assets/visas and prohibit Canadian companies from dealing with sanctioned individuals. Cotler recently called for Canada to invoke the 2017 Magnitsky Act to “impose sanctions in the form of travel bans and asset freezes” on Iranian officials.”

The legislation is named after Sergey Magnitsky who, it is claimed, was tortured to death for exposing Russian state corruption. The source of the claim is a certain William Browder who, along with billionaire banker, Edmond J. Safra founded Hermitage Capital Management, which became the largest hedge fund in Russia.

As Yves Engler points out:

“Those who question the western-backed story line say Magnitsky was an accountant who helped Browder claim illicit tax breaks. According to this version of the story, Browder exploited Magnitsky’s death – caused by inhumane jail conditions – to avoid being extradited to Russia on tax fraud charges . . . As part of the campaign for Canada to adopt the Magnitsky Act, Cotler held multiple press conferences and public meetings with Browder.”

Again, Yves Engler educates us on Cotler the ‘humanitarian’:

“Canada’s Alan Dershowitz’ has also attacked Iran incessantly. He supported the Stephen Harper government’s move to break off diplomatic relations with Tehran in 2012 and pushed to remove the MEK, which is responsible for thousands of Iranian deaths, from Canada’s terrorist list. As a member of the advisory board of “United Against Nuclear Iran,” Cotler opposed the P5+1Iran Nuclear Agreement.”

And as explained in a previous Canada Files article:

“Not surprisingly, given her own right-wing nationalist indoctrination and her unconditional support for Western imperialist policies, [former Canadian Foreign Minister Chrystia] Freeland has revved up Canada’s support for Saudi Arabia and Israel’s extreme-right Netanyahu government. In this, she has been joined by Irwin Cotler, the erstwhile humanitarian who has been gunning for both Iran and Venezuela as enemies of Israel. Ergo, in the maelstrom of what passes for a reasoned approach to foreign policy, Canadian policy is pushed in the direction where two right-wing ideologues, namely Freeland and Cotler, want it to go.

What is more, the maelstrom is steered directly from the Prime Minister’s Office by way of Freeland and Cotler completely by-passing Canada’s Department of Global Affairs. A case in point is the manner in which the White Helmets – called by some ‘humanitarians’ but generally documented as an adjunct to the Islamic State forces  – were brought out of Syria by the working triumvirate of Netanyahu, Freeland and Cotler.  Cotler brokered the agreement directly with Netanyahu to get the White Helmets out of Syria..

This is part one of a three part series crushing the false idea of Cotler as a noble humanitarian.

Bruce Katz is a founding member and current co-president of PAJU (Palestinian and Jewish Unity), a Montreal-based pro-Palestinian solidarity organization.