I, Bruce Katz, started teaching in 1976, at the age of twenty-four, at a high school in the French public school system on the South Shore of Montreal. I remember my first meeting with Rezeq who became a brother to me, my Palestinian brother. Sitting behind my desk, I saw a young man in his thirties who extended his hand to me and introduced himself as Rezeq Faraj, an English teacher in the same department. He was also just starting out as a teacher.

I shook his hand and we went to the staff lounge for coffee together. “Are you Jewish?” he asked me. “Yes, I was born and raised in Montreal. “I am Palestinian,” he told me. “It’s a pleasure to meet you,” I replied.

At the time, the word ‘Palestinian’ was something unknown to me. It was the name of a people that I did not know much about, but that I knew to be in conflict with the State of Israel. I was not unaware, however, that the Palestinians had been driven from their lands and their homes by the Israeli militia in 1948, that this people had suffered another defeat in 1967 and that they had been living under Israeli occupation ever since.

The “truths” I accepted as a teenager about the purity and innocence of Israel had begun to fade within me a number of years before. The war in Vietnam had opened my eyes to the whole question of imperialism and the military brutality that inevitably accompanies it. I approached the Palestinian question with this same perspective.

Throughout the school year, I learned a lot about Rezeq’s life in Palestine and the injustices committed by Israel against the Palestinian people. This is why, little by little, the injustices suffered by this man whom I was beginning to know better appeared to me in all their tragic human dimension.

The Mission and the Means

It was the second intifada (popular uprising) against the colonization and occupation of Palestine by Israel and the student mobilizations in Montreal which, in November 2000, inspired this desire to build concrete support in Quebec for the Palestinian people’s struggle.

First of all, PAJU would bring together people of Palestinian and Jewish backgrounds from Quebec as well as Quebecers of different origins. The only prerequisite was the common wish that justice and peace prevail on this Palestinian land devastated by the aggression of the Israeli army. 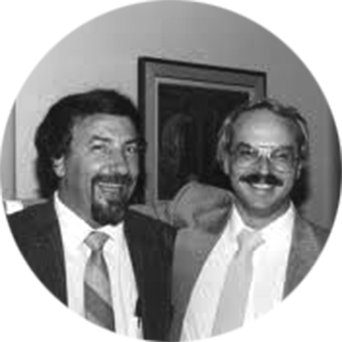